The 1960s was a period of massive cultural upheaval, social progress, and artistic growth.

Increased resentment towards the entrenched systems of segregation and patriarchy contributed to a growing anti-establishment counterculture amongst the American youth. With the Second Wave of Feminism and the Civil Rights Movement well underway, cultural protest emerged as a main outlet of self-expression. Icons like Jim Morrison, Janis Joplin, Jimi Hendrix, and even Cheech & Chong ushered in a new era of art, music, and style that defined the new ideals of Free Love and Rock & Roll.

Despite this seemingly progressive wave of cultural and social advancement, the ‘60s were marked by significant turmoil and unrest. The Cuban Missile Crisis nearly escalated to full-scale nuclear war. The assassination of Martin Luther King Jr. stunned an American public that was still recovering from the violent public shooting of John F. Kennedy. Amidst protests against systemic racism and rampant gender discrimination, one issue seemed to unite the American public – the anti-Vietnam War movement.

At the time, the Vietnam War was the most unpopular conflict that the United States had ever engaged in. Support for the war was undermined by national TV coverage of its violent realities — millions of Americans tuned in every night to see thousands of young men engaged in cruel, unnerving jungle warfare.

Without a well-communicated purpose by the state for its relentless slaughter of Vietnamese and rising numbers of casualties, the American public questioned the motivation behind the conflict. The “random” draft through the Selective Service System was viewed as discriminatory towards low-income, low-education youths who could not pay their way out of the draft. The brutal reality of the conflict, in addition to its direct impact on the younger generation, resulted in heavy resistance from the counterculture movement.

Anti-war protests broke out across the nation, particularly in the stereotypically “hippie” areas of San Francisco, New York, and Chicago. The coy “Make Love, Not War” slogan quickly became the motto of the movement, and the Peace symbol became its logo. Brandishing signs and clothes adorned with both, thousands flocked to major cities to express their disgust with the conflict. Since many of the protestors were part of the hippie culture, their style and anti-mainstream fashion quickly became associated with the anti-war movement.

Centered around the rejection of contemporary social norms, the hippies were characterized by their Western adaptations of East Asian spiritual concepts, sexual freedom, and recreational drug use. The suits and skirts of the ‘50s were abandoned in favor of an unspoken dress code — bright, psychedelic colors and a loose, Bohemian style. Natural fabrics like batik were combined with paisley patterns and flowers. Bell-bottom jeans and tie-dye emerged, alongside medallion necklaces and other bold accessories.

The tighter, shorter female silhouette of the ‘60s, defined by the new trend of the miniskirt, was rejected in favor of maxi dresses, A-line skirts, wide-leg beach pants, and thrifted modest, 20th-century dresses. Natural faces were preferred in favor of makeup, and long, unstyled hair became the norm. Men’s clothing tended towards patterned pants and vibrant colors, frequently paired with t-shirts and turtlenecks. The influence of Eastern fashion was also apparent, as evidenced by  tunic shirts, vests, sandals, and slippers. Beaded necklaces, headbands, and bracelets were popular accessories as well. More than anything else, both men and women’s fashion was predicated on the idea of “anything goes”, as long as it wasn’t the societal norm. For some, this even meant no clothes at all. As protests continued, this free, loose style of the counterculture hippies became deeply intertwined with the anti-war movement.

Another one of the many universal clothing symbols that became closely associated with the anti-war movement was the black armband, which became a national icon during the Supreme Court Tinker vs. Des Moines case. In 1965, five students decided to wear black armbands to school in protest of the Vietnam War – they were ordered to remove them, which they refused, resulting in suspension. The Supreme Court ruled this to be a violation of the children’s’ First Amendment Rights, setting a permanent precedent for the freedom to express political views through clothing.

The association of clothing with political movements is particularly applicable today, as the rise of modern print has allowed for clearer expression — Black Lives Matter clothing, MAGA hats, and the Proud Boys polo shirts stand out as contemporary examples. This modern method of expression is certainly much more direct than the associative outcome of hippie fashion becoming synonymous with the anti-war movement, but the Vietnam protests still serve as an interesting, comparable precedent. The Tinker vs. Des Moines case and the rejection of social norms by hippies set the foundation for modern political expression through clothing, which has become a pervasive enabler of individuality and free speech. 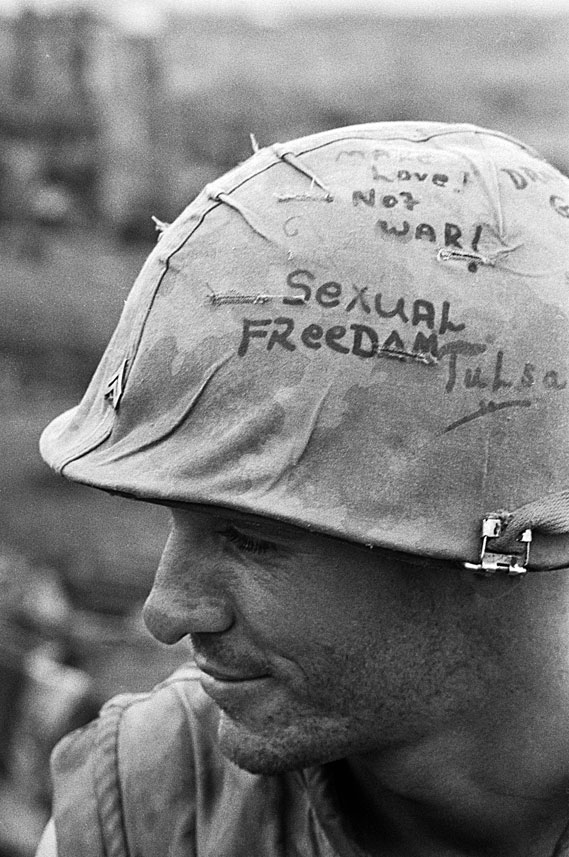 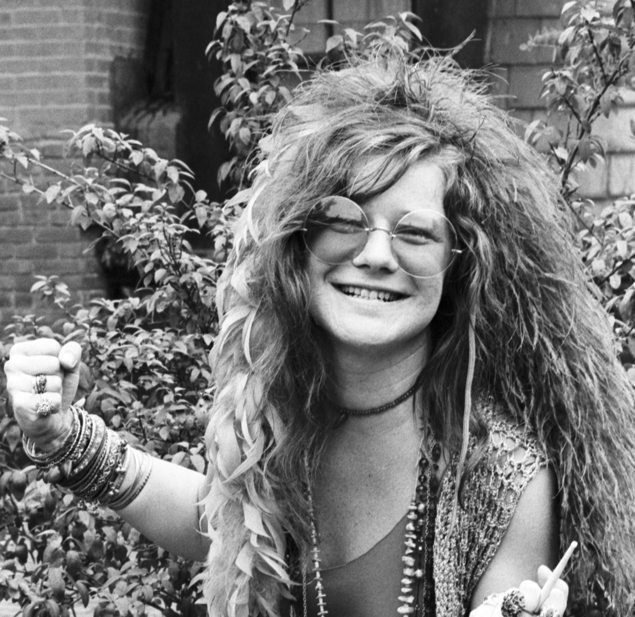 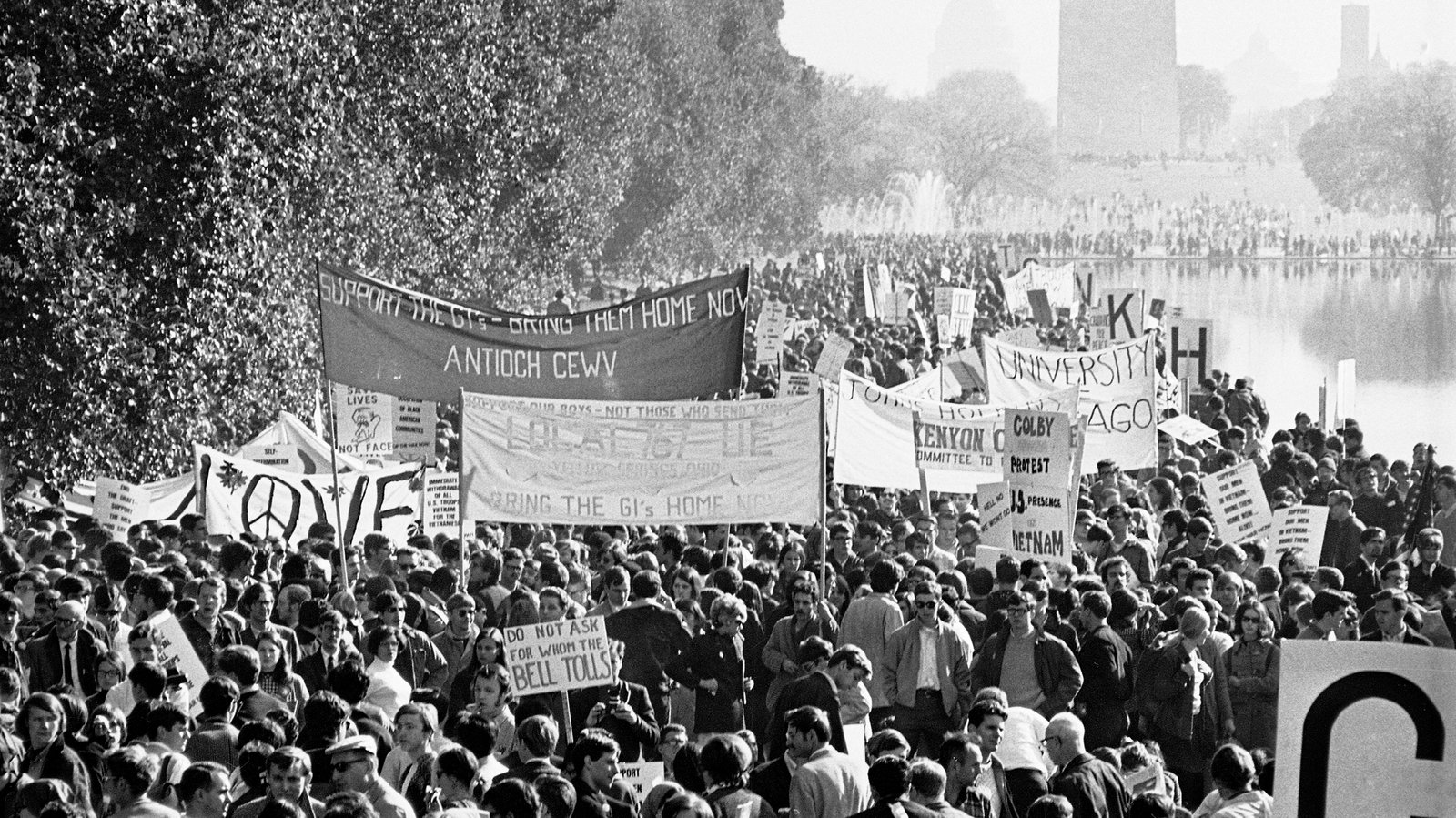 View all posts by moealghawi